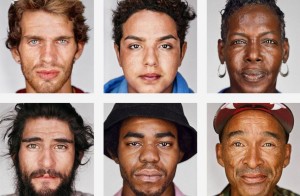 According to some estimates, on any given night in the US nearly 580,000 people are homeless–meaning they sleep outside, in a shelter, in their cars. Los Angeles, which is probably the US capital of millionaires, is now nicknamed the homeless capital of America. The county recently declared a state of emergency over rapidly increasing homelessness. There are an estimated 254,000 men, women, & children homeless during some part of the year & 82,000 on any given night.

Many commentators try to write off these damning demographics by attributing homelessness to personal pathology–like substance abuse & a high rate of sexual abuse among homeless people–pathologies which prevail in the US population as a whole. To them we simply say, “it’s the rents, stupid!”

The average one-bedroom apartment in LA is over $1,800 a month. What retiree, fast-food or minimum wage worker can possibly afford those rents–even if four people in the family work?

One of the most urgent needs in this country, as any single mother or retiree on Social Security can attest, is for affordable housing. Instead, out of the US 2015 fiscal year budget of $1.11 trillion, military spending accounts for 54 percent ($598.5 billion) & the housing & community category accounts for a pittance of 6 percent ($63.6 billion). Lord knows what the hell the dough is going for since there certainly aren’t new housing projects for the poor & homeless anywhere.

These beautiful young faces are some of the homeless in LA who posed for photos.

Housing is a human right.