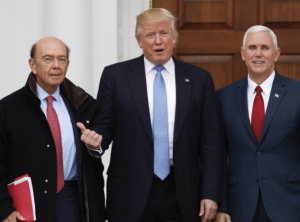 George Ades from Nicosia, Cyprus is a popular Assadist blogger on Facebook. He writes mostly to glorify Russian intervention in Syria, defiantly using no verifiable sources & instead demanding the reader’s trust. Maybe that has something to do with the Cyprus-Russia deal made in 2015 allowing the Russian military & Navy to use its ports & bases for operations in Syria. Or maybe it’s because Russian state intelligence has extensive operations in Cyprus. It’s possible Ades has an inside track to some of those guys. Or maybe it has something to do with the financial relationship between Cyprus & Russia.

When the Cypriot financial system was on the point of meltdown in March 2013, the country got a eurozone bailout of 10 billion euro ($11 billion) with provisos that Cyprus institute austerity measures, privatization, & financial reforms, including stopping its financial operations from being used as a tax haven & for money laundering dirty money, mainly by a Russian clientele.

The financial rating agencies had unearthed byzantine financial relations between Cyprus & Russia going back to the break-up of the USSR when new oligarchs flush with plunder were looking for places to hide their booty. Moody’s estimated in 2013 that there was at least USD $62 billion of Russian money invested in the eurozone’s smallest economy as well as $40 billion loaned to Russian companies by Cypriot banks. Der Spiegel cited a report from German intelligence agencies claiming the main beneficiaries of the eurozone bailout would be the Russian oligarchs & companies.
When Cyprus exited the bailout program three years later in March 2016, allegedly after making reforms, about 30 percent of its bailout funds had not been used & it was called “one of the more robust eurozone economies.” Eurozone bankers & politicians were effusive about the miracle that was Cyprus.

Investigations emerged during the presidential campaign about Trump’s financial relationship to Cyprus where he has at least one company registered & is partnered with two gaming firms accused of bribery in competing for a license to open the first casino in Cyprus. The financial details of this partnership or whether Trump has personal accounts in Cyprus are not known since he refuses to release his tax returns.

What is known is that Wilbur Ross, Commerce Secretary in the Trump regime, also has considerable investment in Cyprus banks. In 2014, during the eurozone bailout period, Ross led a takeover of the Bank of Cyprus, the biggest bank in the country & made a Russian conglomerate with close ties to Putin & the Kremlin the second largest shareholders. Ross, who is Vice Chairman of the bank, appointed a Russian oligarch with ties to Putin to the board along with a former KGB associate of Putin. (The KGB guy is no longer on the board & now heads up an agriculture company owned by the Russian government.)

So back to George Ades: where he’s unequivocal about his adulation of Putin & Russia, he likes to play coy about his support for Trump like a lot of Assadists do. Maybe it’s time for him to come clean with his readers about who he is or who he represents. Is he just a blogger who meets Russian intelligence guys at the local bar & gets an earful of insider information after they’re half in the wrapper? Are they his secret source? Is he something more? Or is he just a schnook with really rotten politics?

(Photo is Wilbur Ross on left with the orange freak & Pence)