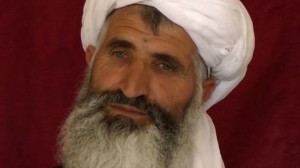 October 7th will be the 14th anniversary of the longest war in US history–the monstrous US-NATO war on the people of Afghanistan. Democracy Now, Rolling Stone, & The Nation magazine have all reported about heinous war crimes committed by Green Beret operatives between 2012-2013 in Wardak province where they tortured, disappeared, & murdered 17 Afghans. Their bodies were later uncovered just outside the US military base after the Green Beret were driven out of the area by protests against the murders. Matthieu Aikins is the investigative reporter who uncovered the story.

The man in this photo is named Qandi, a man detained with the murdered men, who was tortured & held for nearly a year & then released without charge. In his testimony he said simply “I saw with my own eyes that they killed people.”

Aikins’ investigation is very important & the publicity has prompted the Pentagon to the fourth phony criminal investigation of the charges against the Green Beret. The first three exonerated the murderers & so will this one. Impunity from criminal charges for war crimes was in issue between the US & Iraq as well as the US & Afghanistan. The US negotiates what they call bilateral security agreements specifically exempting US soldiers from being prosecuted in the occupied country so the military can let them off scot-free.

What Aikins’ investigation should not obscure is that the Afghanistan War began in 2001 with US war crimes too gruesome to contemplate. When US special forces & their Afghan allies (the Northern Alliance) defeated Taliban forces on November 9th 2001 at Mazer-e-Sharif, hundreds of Taliban soldiers surrendered. At least 800 were confined to a prison compound which US bombers pummeled for three days as witnessed by journalists & Red Cross representatives. The BBC reported that Afghan troops holding the prisoners continued to shoot at Taliban bodies in the compound debris after the bombing siege to make sure they were dead.

The US & Northern Alliance then moved 168 km (105 miles) to lay siege to Kunduz where thousands more Taliban surrendered. Afghan general Abdul Rashid Dostum, collaborating with US special forces, then stuffed about 2,000 Taliban prisoners into closed metal shipping containers without food or water for transport to a prison 301 km (187 miles) away. They were intentionally suffocated & when they arrived at the prison witnesses testified they saw blood & other body fluids flowing from the containers. According to a declassified US State Department intelligence report, 1,500 were buried in a mass grave in Dasht-i-Leili under the supervision of US special forces. The same report of the incident said Afghan witnesses (like the truck drivers) were later tortured or killed.

These monstrous crimes were in the first month & a-half of the war against Afghanistan & they have not ceased. The infamous Bagram prison is a US rendition center for torture & interrogation–not of suspected “terrorists” but of students, farmers, workers.

A great tragedy of our era is the weakness of the international antiwar movement in responding to the horrors of the wars against Afghanistan & Iraq. Nothing is more imperative than marshaling those forces in defense of Afghans who have sustained over 30 years of war. Find a rally or organize one to demand “US-NATO out of Afghanistan!”