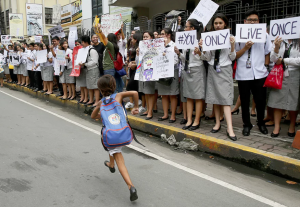 Filipino political activists don’t get such a kick out of president Rodrigo Duterte’s coarse language as some Assad supporters do because of his vigilante death squads against poor drug addicts.