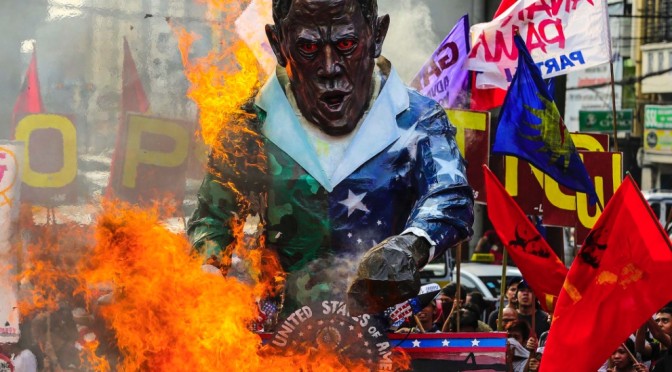 Filipino antiwar activists gave Obama the royal bum’s rush during his state visit Monday to sign a military agreement giving the US access to Philippine bases for ten years. Even though the agreement is part of a more bellicose stance toward China in the region, Obama claimed in mind-numbing rhetoric that his foreign policy is more cautious than previous administrations.

The Filipino antiwar movement is known for militancy, not subtlety. They responded to his rhetoric by burning his effigy. Their placards read “Obama you are not welcome,” “Ban the bases; US troops out now,” “No to US meddling in Asia,” “No to US plunder, intervention, & war,” “US warships out now.”

Our fullest respect & solidarity with the Filipinio antiwar movement.