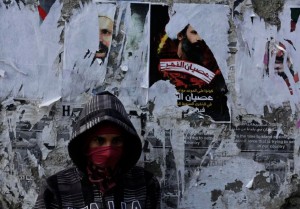 Tomorrow is the fifth anniversary of Bahrain’s “Arab Spring” uprising in 2011. Bahrain is a small country but strategically located & sponsors the US Fifth Fleet–which partially explains the ferocity of the monarchical regime against democracy protesters & its ability to draw on allies like Saudi Arabia, the US, & UK to crush the uprising.

In 2012, Hamad al-Khalifa, the king of Bahrain (& client of Amal Clooney), hired John Yates, a corrupt UK cop famous for his use of wire-tapping & police surveillance, & John Timoney, a US cop notorious for militarized methods against peaceful protestors (rubber bullets, tasers, concussion grenades, pepper spray, tear gas, electrified riot shields, baton charges). Ostensibly these two thugs were hired to reform police & military to conform to “international policing standards” after Bahrain was cited by an international commission for using excessive force, torture, summary execution, & countless other human rights crimes to crush the democracy movement. Clooney’s defense of al-Khalifa was against the condemnations of the international commission.

The UK has been involved in Bahraini military & intelligence training for decades. Along with Yates, a team from Scotland Yard trained & directed the police force & trained Saudi national guards deployed against protestors in Bahrain in 2012. The UK has a long history of orchestrating police violence in Bahrain–from 1966 to 1998, Ian Henderson, a former British colonial officer led Bahrain’s secret police, gaining the sobriquet, “Butcher of Bahrain” because of the extreme kinds of torture used against thousands of dissidents, including children. Repeated calls for the UK to prosecute Henderson under international law have been ignored because of Britain’s close ties with the Bahraini dictatorship.

Both the US & UK have economic, political, military, & strategic interests in Bahrain which conflict with the democratic needs of the Bahraini people. That’s why the US under Obama & UK continue to stand by the murderous regime with armaments, combat vehicles & helicopters, communications equipment, a missile system, & a training role in the use of death squads. The US & UK claim the weaponry is for Bahrain’s external defense but Bahrain is not a country under military siege by outside armies; it is a regime conducting an all-out war against it’s own people.

With such logistical support, the regime has been emboldened to escalate violence & repression; they use special force units to target & round up human rights activists; death squads; torture (without doubt, the CIA is there training torturers), beatings, kidnappings, disappearances (including of children); indiscriminate but methodical use of pellet guns (like India uses in Kashmir) & tear gas in residential areas (termed “carpet gassing”) resulting in maiming, blinding, deaths; incarceration; house raids; road check points for routine stops, searches, & intimidation.

Standing up against all that is what makes the Bahraini democracy movement so extraordinary & such a beacon of defiance against tyranny. Here a young man at a protest today in Sitra (one of several all over the country) is holding off against riot police in front of a wall of posters with the image of dissident Saudi cleric Nimr al-Nimr who spoke out for democracy against the Saudi regime & was one of 47 people beheaded on January 2nd this year.

Our deepest respect & fullest solidarity with the democracy movement of Bahrain.