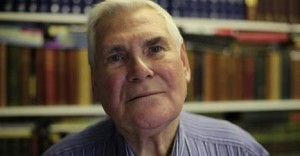 Pastor James Mcconnell, a born-again preacher, is in a Belfast courtroom being prosecuted for a controversial sermon he gave in his church last year where he said “Islam is heathen, Islam is Satanic, Islam is a doctrine spawned in Hell.” Because the sermon was streamed on the internet, he is being charged under the Communications Act of 2003 rather than for committing a hate crime–either one of which is fallacious as hell. The British government said Mcconnell’s words were “grossly offensive.”

The Communications Act of 2003 is an undemocratic, treacherous little piece of legislation with a provision that sending a “malicious communication” using social media is a criminal offense. McDonnell’s defense attorney said “This is one of the most bizarre & peculiar cases I have ever seen before the court.” We don’t differ with that assessment but we’ll be seeing a lot more of this kind of legal action.

Political activists should see what’s coming like a Mack truck. If we don’t nip this kind of initiative in the bud, we’re going to see this kind of legal maneuver used against Palestinian solidarity & the boycott of Israel movement. It’s the same legal genre used by the Israeli law firm Shurat HaDin which earlier this year won a ruling in a NY court for millions in damages from the Palestinian Authority & PLO for inciting terrorist acts. Shurat HaDin, which was trained by the Southern Poverty Law Center, has already begun using this legal tactic–what they call “lawfare”–against BDS groups.

Repugnant at his beliefs are, the good pastor with the head stuffed full of Islamophobia & other rubbish, has a democratic right to hold & express those views. There are many political & democratic ways to rebut them but encouraging the British government to come in & prosecute him opens a floodgate for repression of those who stand against war & Israeli apartheid.

How dare the British government prosecute this guy & endanger civil liberties while they use media & internet to spew war propaganda justifying Islamophobic wars, deploy their armies in Afghanistan & elsewhere, deploy their navy in the Mediterranean against African immigrants, refuse access to thousands of refugees. If we’re talking “grossly offensive,” you can’t top that.

As you would expect, right-wingers were out supporting the pastor with banners denouncing persecution of Christianity & the inroads of Sharia law. The white nationalist English Defence League weighed in on his behalf. But there are other supporters–not of his rancid views, but of his right to free speech–including a London imam who objects to the prosecution on civil liberties grounds. Any person holding dissident views or who believes in democracy must defend his democratic right to free speech–even if you detest every rotten thing he stands for. The civil liberties you are defending will be your own.

In an irony you can’t make up, Mcconnell’s sermon was first denounced by an Iraqi Muslim businessman in Belfast controversial for publicly praising the Islamic State takeover of an Iraqi city.

(Photo of the unfortunate Mcconnell from FB)