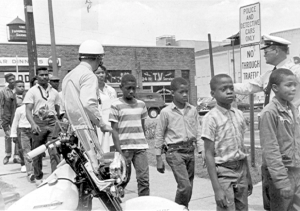 The role of Black elementary & high school students in the US civil rights movement is not widely known although countless photos show them on the front lines of the school desegregation battles facing racist taunting & threats.

These are school kids during the Birmingham Children’s Crusade in May 1963 leaving classes & marching to the mayor’s office to discuss segregation. Thousands of kids participated after being trained in non-violent resistance by adult activists. In the light of Palestinian & Kashmiri Intifada, it seems almost quaint today that involving children in political protest was extremely controversial. But most adults were horrified, including figures like Malcolm X who said “real men don’t put their children on the firing line.” Many of the kids testified as adults that they were determined to participate & committed to civil rights.

Hundreds of the kids were arrested & brought in school buses to a gymnasium used as a holding cell where they were held up to five days. When the kids didn’t back down to authorities, they were attacked with fire hoses & dogs. No exemptions from violence were given by authorities due to size & age. At the time, leaders like Martin Luther King, Jr. were concerned about a lull in movement activities, probably due to battle fatigue & warding off violence. The Children’s Crusade was thought to have inspired many adults to resume their place with their chldren.

A tribute to those children who today are in their 60s, 70s, & 80s. A tribute to the US civil rights movement which inspired millions around the world to stand against oppression. 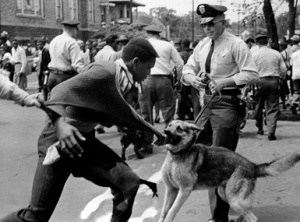