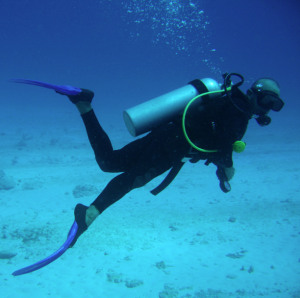 French police in Cannes report they apprehended 25 women for wearing the burkini at the beach. Only while they were being processed for the penitentiary did police officials realize only ten of them were Muslim women being “ostentatious” in a burkini rather than understated in a skimpy bikini.

Six of the others hauled in were scuba divers who still had their oxygen tanks attached; seven were surfers, irate because police had confiscated their surf boards during arrest; & two were US Navy frogmen on reconnaissance operations in the Mediterranean.

The US Pentagon is mighty pissed at the disruption of their operation scouting for terrorists among sunbathers on the French Riviera. But the generals accepted apologies from Mayor Pepe Le Pew after acknowledging France’s outstanding & idiotic service to advancing Islamophobic hysteria.

Thank heavens several women have taken legal action against the burkini ban to prevent France from further embarrassing itself & from interfering with surveillance operations at the beach.
Photo is one of the scuba divers arrested for ostentation at the beach.