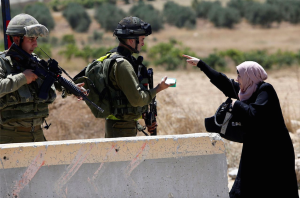 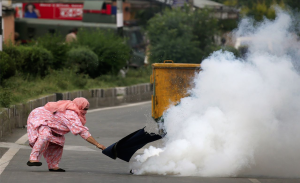 Ever wonder where Palestinian & Kashmiri youth get their ‘in your face’ style of rebellion against brutal occupations?

The bottom photo is a Kashmiri woman in Srinagar trying to cover a tear gas canister fired by Indian troops at Kashmiris protesting several recent killings & beatings by the occupying forces, including a young school teacher killed in their custody.

Remember these images the next time the White House & US Pentagon claim that bombing a country to smithereens is necessary to liberate the women.