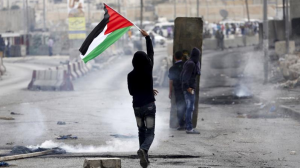 An important discussion has begun about the exclusion of Zionists from social movements, the latest entitled “Zionists should be excluded from left-oriented protests” by Steven Salaita. The discussion is very important & must be held because the issue is complex & problematic & edicts issued even from respected writers inexperienced in political organizing do not substitute for that discussion.

My own response is that outright exclusion policies come from a profound misunderstanding of the character of social movements & the complexities & conflicts of organizing them. The elementary question is what is considered “left” these days & what exactly are “left-oriented protests”? Were the anti-Muslim ban protests involving hundreds of thousands across the US “left-oriented?” Were the Women’s Marches 2017 & 2018 of up to 4 million women on every continent “left-oriented?” Are the struggles for civil rights for Blacks, Latinos, Native Americans, oppressed castes, & others “left-oriented?” Or the struggles for immigrant & refugee rights? Do some “leftists” think they own these protests just because they helped build them? Are they confusing building a political party with consistent politics with social movements of great diversity? How would this across-the-board exclusion policy be implemented & policed? Will we have to develop our own police force to physically exclude people from massive protests or will our “left-oriented protests” necessarily be tiny little gestures of impotent idealism rather than expressions of power?

This has long been an issue going back to the 1970s during a brief high point of Palestinian solidarity organizing. The only difference is that now a significant current of Zionism in the US & elsewhere is thuggish & violent because of its associations with white supremacy, racism, fascism. But some who identify as Zionists are well-meaning people confused by the Exodus nonsense they were raised on but questioning the character of Israeli militarism. Those distinctions matter to political organizers because the latter are people we can influence & people we’re trying to reach & discuss with. Issuing an exclusion policy with no exceptions will exclude the persuadable & throw down the gauntlet to the extreme hardcore thuggish forces within Zionism. It will almost guarantee that they will grow in authority, make themselves victims & the central issue of every social movement that doesn’t allow them to have speakers from the Israeli embassy, raise their demands, wave the Israeli flag, march in contingents to shout down Palestinians & their supporters.

Building social movements with contending political forces is immensely difficult. The issue of Zionist participation cannot be made into a general policy but must be hammered out in every instance. I don’t hesitate to say I will march with Zionist women on the issue of reproductive rights. I won’t march in their contingent & under their banners; I will try to build the hell out of the Palestinian contingent & make sure a Palestinian woman speaks. But it would not be appropriate to exclude Zionists who despite massive inconsistencies are feminists. When it comes to antiwar protests, I would fight to exclude pro-Israelis from speaking & make sure Palestinian, Kashmiris, Rohingya, & other speakers addressed the Islamophobia, racism, anti-Semitism involved in war, occupation, genocide, as well as Israel’s direct involvement in all of that. I would never march in an antiwar protest that defended the Assad regime or allowed his foolish or fascist supporters to speak unless there was a huge contingent of anti-Assadists to counterbalance such corruption. But I would not fight to exclude Zionists from marching because that is the quickest way to divide & destroy the antiwar movement & to separate ourselves from those who can be won over to the position of a secular, democratic state.

It is not a cogent argument that Palestinians can understand the exclusion policy that westerners can’t fathom. If they have never been organizers of social movements, they have no clue about the work of battling out the demands & programs of protests. One cannot quote the authority of Linda Sarsour claiming Zionists have no place in protests when she is running as a Democrat, a party which is one of the very bastions of US Zionism. We have nothing to fear from inclusion & the possibility of persuading tentative, ill-informed Zionists that another solution is possible: a democratic, secular state where Palestinians & Jews can live as brothers & sisters.

It’s an important discussion & suitable that Steven Salaita & others have raised it. But they have not written the final word on this issue. There are no gurus who speak ex cathedra about the difficult processes & conflicts of social transformation.