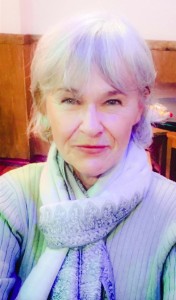 Alice Bach, who many know as a long-time activist in Palestinian solidarity & supporter of civil rights, will be running with me in the 2016 campaign as independent socialist candidates–me for president, Alice for VP but that is not a hierarchy to us–just the designations of office.

Our primary purpose in running is in the spirit of Eugene Debs: we want people to be able to vote for what they want even if they don’t get it. We don’t have corporate money that buys ballot status because the US electoral system is rigged that way. But we can be written in as protest votes in many states.

We’re preparing our Facebook wall now but it needs to be altered to include Alice’s photo & title of office, along with a cover photo & a Paypal button so we can receive donations for literature, travel, etc. Alice & I are long-time activists & realists; we realize we won’t be needing private jets to take us around the country for speaking engagements of thousands with canned applause & laughter. But we’re tough & committed & appreciate your endorsements, support, & help in setting up radio interviews & speaking engagements. Have indignation; will travel! Will need honoraria & a little dough.

This is the rudimentary FB wall that has to be edited to include Alice, etc. You can begin liking it now & getting out the word that there are two candidates in the race for president & vice president that are not opportunist, electoral warriors but two women who have been part of social justice for decades. We’re going to lose the election but we want to walk away with more recruits to the movements for democratic & human rights, more activists to join the international struggle for a world suitable for human beings to live & love in.