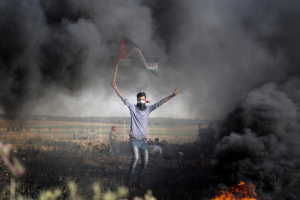 Today is the 12th anniversary of the Boycott, Divestment, & Sanctions  (BDS) movement–a call issued on July 9th 2005 by Palestinian student, community, trade union, political, civic groups. It is a brilliant strategy & a powerful one which has educated millions about the character of Israeli apartheid & ethnic cleansing, countered the image of Palestinians as terrorists, & gives people around the world a concrete way to render solidarity in deed, not just in sentiment.

The BDS call does not address the issue of self-determination & does not call for a democratic, secular state where Palestinians & Jews can live as brothers & sisters. It isn’t a comprehensive program for justice but it is an extremely effective political tool to mobilize international pressure on Israel to end the occupation of the West Bank, East Jerusalem, end the blockade of Gaza, & end the settlement program.

Our deepest respect to the Palestinian organizers of BDS. Buy nothing with barcode beginning 729 & check the label on every product from canned goods to cosmetics, clothing & shoes.

This is a protester in Gaza–known as the largest open air prison because of the Israeli blockade–waving the Palestinian flag during confrontations with the Israeli army. It was after a protest against the blockade near the Jabaliya refugee camp on June 7th.