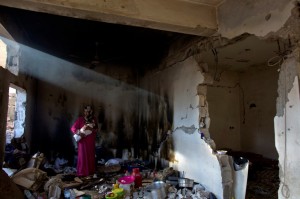 The intellectual, cultural, scientific, & political contributions of Jews have long been disproportionate to their numbers–not because they are inherently more gifted but because as a persecuted people they considered education a liberating force (as it was for Blacks in Reconstruction after the Civil War & for women always). Jews also were mostly an urbanized people & had access to education.

Not just because of the Jewish history of pogroms & the WWII holocaust but because of their monumental contributions, it is disheartening that Zionism has corrupted so many & rendered them idiotic. A political anatomy would be useful to see why such a repugnant, supremacist ideology could take hold in those who should be providing insight into oppression & leadership against it. You can bet your bottom dollar class & colonialism play a big part in that corruption.

To see what that degeneration has led to intellectually, these are just a few droppings gleaned from Zionist sites on FB: One writer trying to answer charges of genocide said Israel cannot be accused of genocide because it drops leaflets, makes phone calls, & gives warning shots before bombing residences & then provides medical care to the victims. She explained away the high civilian deaths in Gaza by saying “in virtually every war the West fought” civilian deaths always outnumber that of soldiers. That’s the least incoherent part of her rant; most of her argumentation is so mangled & dishonest you can’t make head nor tail of it.

Another article titled “Islam’s Kiddie Sex Slaves & Suicide Soldiers For Allah: Bought At Auction!” claimed slavery was part of Islam & jihad (the non sequiturs are entirely the writers) & went on railing against US Blacks: “In reality, generations of White Americans have paid penance for a history which had nothing to do with them. Not only that, but Black America has more than caught up, so much so that two Blacks, the POTUS and his AG, are ruling over America with the biggest racial stick in U.S. history. Blood suckers. Iron fists too. For crying out loud.” The racism is beneath contempt.

Jeffrey Herf writing in The Times of Israel must consider his readers completely stupid. In discussing Palestinian objections to Zionist settlements he said they haven’t had the “conversation about race” & that Jew-hatred makes them object to having Jews as neighbors in the West Bank. Not content to leave bad enough alone, Herf went on: “Would Jews be allowed to run in elections in a Palestinian state if they chose to remain there? Or would they be forced to flee to save their lives if such a state came into existence?” So you see? It’s Palestinians who are being unreasonable & oppressive when Zionist settlers take their lands & build tenements. Palestinians aren’t up to date on that multicultural thing. Who has the stomach to argue with such insanity?

The saddest & most damning comment of all was the briefest. On an article showing photos of the rubble in Gaza, someone commented “Karma!”

The irrationality of all this is disturbing but this is what Palestinians are up against, along with endless excoriations of Hamas, the all-purpose whipping post of Zionists. You can’t really debate this manure or the people who hustle it. Power is what is needed & that means building the hell out of the economic & cultural boycott of Israel (barcode beginning 729) & demanding not a drop of aid of any kind to Israeli apartheid.

Photo is Ramba Kafanah as she breastfeeds her newborn baby standing in her bombed out home in Beit Hanoun, Gaza (last October), just a couple miles across the border from Sderot, Israel, where Israelis pulled up easy chairs for a front row seat on genocide.