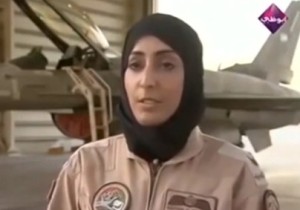 Since the emergence of feminism in the 1960s, war has always been an issue to the the US movement since there has never been a time without a US war. How feminists relate to war & to the antiwar movement was always a disputed issue. Many who don’t know the internal history of the women’s movement have a simple-minded attitude towards it–as if it were a monolith of white, middle-class, man-hating prudes. Complexity befuddles too many. There were many disputes within feminism & the attitude to US war was chief among them.

In the 1960s-70s generation & the era of the Vietnam War, conscription was an issue in the US. The debate was whether to demand women’s inclusion in the draft or as more radical women proposed, oppose the draft for both men & women. Women have always been in the military primarily as nurses, medics, & clerical workers but in the 1970s they began to get recruited in large numbers & allowed into military academies so they could become generals. It was only last year women were allowed to serve combat duty. They’re now in every branch of the service, including as pilots.

Whether this inclusion is an advance for women’s emancipation is an important issue to discuss. Desegregating the US military for Blacks was a substantial civil rights campaign during WWII but it’s a mixed bag because it means more young people get killed, maimed, or chewed up by US wars. And the same has proven true for women since the sexual assault statistics in the military are astronomical & they come back with the same war injuries & psychological traumas as male veterans.

Women serve in the military all over the world. The story of Mariam al-Mansouri, a combat pilot from the United Arab Emirates (UAE) is taking the news by storm & there are many striking features to the story. It was released at the same time as the quote by the Saudi Arabian sheikh who opposed women driving cars because he thought it would damage their ovaries. (The less said about the sheikh, the better!) More significantly, it was released in the context of crescendoing Islamophobia where media is absolutely brazen & shameless in promoting animosity toward Muslims. When FOX news commentators ridiculed her in the most demeaning & misogynist way, it evoked a backlash of defense by feminists, US veterans, & others.

Ironically, Saudi Arabia (where women aren’t allowed to drive), the UAE, Jordan, Qatar, & Bahrain have allied with the US & its NATO henchmen to conduct bombing campaigns against Islamic State paramilitary groups in Syria. The stinking fish in the story is that US war propaganda includes two components: whipping up irrational Islamophobia & using feminism to serve US militarism & colonialism. The wretched hatred of Muslims is being interwoven with right-wing feminism & there is increasing evidence they intend to run us around the block with that deadly combination. In the end several more countries will be reduced to rubble & feminism will be discredited. Colonialism will be advanced & women’s freedom from oppression will be outmaneuvered. It’s a double whammy that cannot be allowed.

There’s no question women can fly fighter jets. They can do almost any damn thing except pee standing up. There’s no need to go all libertarian & see conspiracy here but Ms. al-Mansouri, even in her hijab, serves US war propaganda very well–whether she knows it or not. She may contradict the hate narrative of the downtrodden Muslim woman but she’s the cat’s pajamas for feminism in the service of war.

Antiwar feminists need to start kicking ass & taking the narrative of what feminism stands for back from those who would use it to eventually discredit & destroy it. Feminism is about ending violence & oppression against women & opposing racist wars & colonialism is central to that mission.