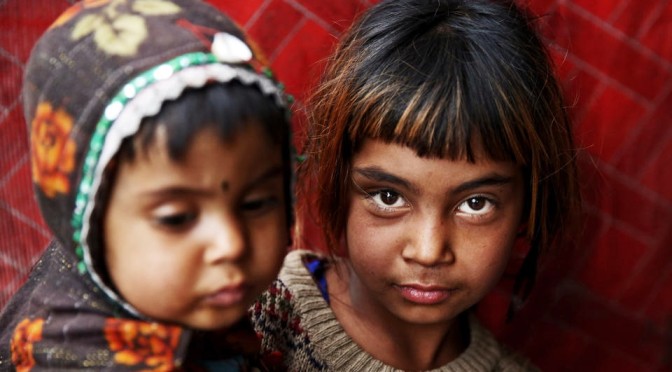 And when all is said & done, after the last tweet & range of views on Islam, religious fundamentalism, the burqa, & the Taliban have been exorcised & the adrenalin has settled, there are these little Afghan girls made homeless by the US-NATO war.

Few reliable figures exist for the number of Afghan children orphaned by the war through loss or separation from parents. Nearly a decade ago, it was estimated at two million. That is, one out of seven children growing up on the streets scrounging to survive or in an orphanage. We don’t know if these little girls are orphaned; we do know they lost their home to bombing & live in makeshift refugee housing.

So it really doesn’t matter what we think of the burqa; what matters is what we do about the US-NATO bombing.

US-NATO out of Afghanistan! US out of Iraq!

(Photo by Massoud Hossaini/AP; Hossaini is an Afghan photojournalist who has long documented the story of Afghan’s orphaned children.)