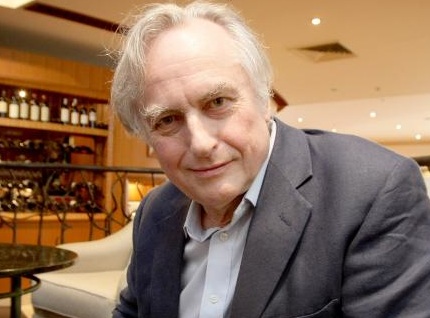 Has Richard Dawkins been running off at the mouth against Islam again? I keep seeing posts about his latest vituperation calling Islam loathsome but can’t find if it’s in a recent speech or from his nonstop twitter manifesto on the subject. He’s simply cornucopian when it comes to denunciations of religion but atheists ought to think twice before letting him take the lead. He appears to think inflammatory insults are the way to bring down what he calls “The God Delusion”: he’s declared religious training worse than child sexual assault & compared the burqa to a garbage bag.

In a statement that cannot be given any credulity he says he feels “visceral revulsion at the burqa because for me it is a symbol of the oppression of women.” He stops short of calling for legal bans on the burqa because of the “implications for individual liberty & freedom of choice.” He doesn’t mention the elementary democratic principle of freedom of religion.

All that might be tolerable malice if it didn’t stoke social hatred, inspire white supremacists, & glorify Islamophobia as a political weapon to justify wars in several countries. Here our man has crossed the line to stand with tyranny while millions of Muslims, including millions in burqas, astonished the world by defying mightily armed dictators backed by US military largesse.

No one who has read Dawkins’ unreadable screed titled “The Selfish Gene” is surprised at his approach to religion. We do however marvel he would claim religion is nothing but unsubstantiated assertions since you don’t get more unsubstantiated than evo psycho thought. In fact, you don’t get more psycho or more misogynist or more racist. Many geneticists & others like Stephen J. Gould, Ruth Hubbard, Richard Lewontin, Evelyn Fox Keller have eviscerated any scientific bases to evo psycho derangement & exposed its political motivations. It continues to set back the study of evolution & turns it into a mockery of science.

Dawkins stands as a warning to us all: choose your gurus wisely; your evangelists even more so. When our man has gotten off his bumptious ass & done more than tweet degradations & if he ever makes even a teensy-weensy contribution to social transformation, then he can blither on without the impediment of our disdain. Until then, suck it Richy!