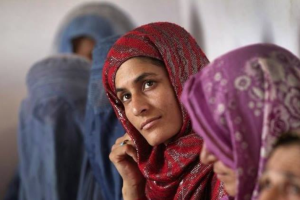 Reposting this from May 3, 2014 about US Pentagon war mongering in Afghanistan combining misogyny with Islamophobia–a toxic combination still used today by Assadists.
******
US-Nato forces are on a righteous crusade to rout Islamic misogyny out of Afghanistan by using one fleet to bomb the hell out of the country & another fleet to fly the opium out for processing & distribution. If you see no reason why women’s rights requires drug peddling or mass murder, or how the marines got all mixed up in feminism, you’re not alone & have put your finger on the despicable irrationalities of war propaganda.

Reports coming out of the Pentagon itself expose horrific statistics on rape & sexual assault in the US military beginning in basic training & military academies. Estimates vary between 26,000 to 45,000 on the number of men & women assaulted every year. According to a 2011 Newsweek magazine report (admittedly not the most reliable source), women are more likely to be assaulted by a fellow soldier or officer than killed in combat.

Now the US Department of Education has released a report that one in five women college students will be sexually assaulted on campus, including at the most prestigious universities in the country.

Will US-NATO forces start bombing universities then or even turn their drones on the Pentagon? Will we hear denunciations of Christian theology which likely dominates most of those schools & certainly the Pentagon? Will they send in the marines to free women from the clutches of such ignominy? Or have we had just enough of this crap?

It’s time for a regeneration of feminism–not one that sucks up to politicians but that is independent & political & hopefully shows up fully clothed so that racism & grandstanding for media do not replace political message. (And yes, I’m taking a jab at FEMEN & Slut Walks!)