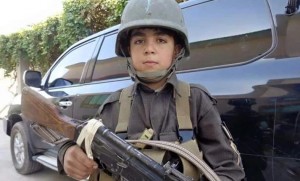 There’s no easy way to tell this story except to plow into it & leave the condemnations fall where they may. When the US launched the US-NATO war in Afghanistan in October 2001, it fumbled for justifications, beginning with hunting down Osama bin Laden hiding out in the caves of Afghanistan (in retaliation for 9/11) & soon lit upon the emancipation of Afghan women from the Taliban. US Marines & B-52 bombers would now become agents of women’s liberation.

Hundreds of foreign nationals within & outside the US were detained without charge, trial, or access to legal counsel & family members in the US naval base at Guantanamo. The US refused to recognize them as prisoners of war & deprived them of rights required by the Geneva Conventions. There were reports of torture, abuse, & deaths in custody; there were reports of secret CIA torture centers in Afghanistan & elsewhere.

From early on, UN agencies & Afghan & international human rights groups (especially Human Rights Watch & Amnesty International) monitored the situation in Afghanistan. Their focus was on war crimes by the US military & its NATO allies involving aerial bombardment, special forces night raids, torture of detainees, civilian deaths, human rights crimes against Afghans. At no time, did any of the organizations condemn the US-NATO war.

In 2011, the UN & human rights organizations shifted focus in their reports from exposing US-NATO war crimes to condemning the Taliban for human rights crimes & calling for them to be viewed as war criminals for indiscriminate use of suicide bombers, assassinations, & improvised explosive devices. The reports began blaming the Taliban for over three-quarters of all civilian casualties—meaning deaths & injuries.

Several of these groups approached the International Criminal Court in The Hague, which has been conducting an inquiry into war crimes charges in Afghanistan, about prosecuting the Taliban. But since it refuses to address US-NATO war crimes in Afghanistan, it would discredit itself by only going after the Taliban. Guantanamo & US drug trafficking remain the elephant in the courtroom.

The report attributes 62 percent of civilian casualties to “anti-Government elements,” meaning the Taliban. Another 17 percent is blamed on “pro-government forces,” meaning the US-trained, advised, & assisted Afghan army, police, & militias. “International military forces,” are blamed for 2 percent of the casualties in joint operations with the Afghan military. They do not identify the “international military forces” as the at least 13,000 US troops, along with unspecified numbers of US special forces, & thousands of mercenaries. The UN report leaves the responsibility for 19 percent of civilian deaths unaccounted for.

The report focuses mostly on those “anti-government elements” (over 30 pages) & pays some attention to the Afghan military & militias (13 pages). There is no elaboration of the US military & mercenary role in Afghanistan. But there is this statement: “UNAMA takes the position that the armed conflict in Afghanistan is a non-international armed conflict between the Government of Afghanistan & its armed forces (Afghan national security forces supported by international military forces…) & non-State armed opposition groups.” In other words, the UN declares there is no US military occupation of Afghanistan when even Obama admits to US military presence in Afghanistan. Only expletives come to mind in response.

How does the UN explain who bombed the Doctors Without Borders/MSF hospital in Kunduz last October? Because MSF doesn’t beat around the bush. They accuse the US of war crimes for bombing that hospital & for the 72 casualties. How does the UN explain away accusations against US special forces for several suspicious & gruesome deaths of civilians in Afghanistan last year? In previous kangaroo investigations, US & Afghan military investigations exonerated the US of any wrongdoing, blaming instead “Afghan auxiliaries”–those militias called “pro-government” by the UN. How does the UN explain away accusations by human rights groups that use of child soldiers by Afghan military, police, & militias is “rife” & charges that the US had to know about that?

When the UN says there is no US occupation, they are making international asses of themselves & attempting to cover for US war crimes. The primary reason given by Obama to prolong the stay of US troops in Afghanistan is the need to train Afghan’s military & police. When Afghan forces commit war crimes, those crimes are as attributable to Obama & the Pentagon as they are to the Afghan regime. The UN report is a lying-assed disgrace.

This is a photo of 10-year-old Wasil Ahmad, a child soldier in one of the militias trained by the US. He was gunned down earlier this month.

The historic imperative remains: rebuild the international antiwar movement. US out of Afghanistan! Demand the immediate, unconditional withdrawal of all US troops, special forces, & mercenaries from Afghanistan!