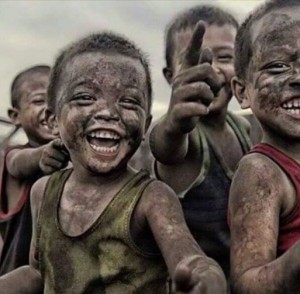 News is nothing but unremitting cruelties–but human beings cannot live by indignation alone. To plow against the tide of misery & exploitation, to embolden us against massive military power, we must believe in something greater than ourselves, something worth fighting for. That hope & inspiration usually comes from children because their happiness is the one thing most agree on & their suffering the chief thing that most outrages.

If we want our children to have a future, to live in a world suitable for them to live & love in, we have no alternative but to forge bonds of solidarity with others. That’s not an easy thing to do, given the impediments of racism, misogyny, & other social hatreds–or the sectarianism so rife in politics. That only requires us to put first things first in politics & allow nothing irrelevant to stand in the way of fighting together against the social hatreds that divide us & for the justice that unites us.

(Photo thanks to King Fahad)