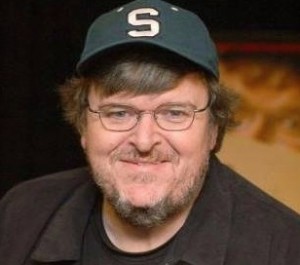 In November 2014, Bill Maher, the one-time comedian turned professional hater, called Islam “a dangerous religion that will fucking kill you if you say the wrong thing, draw the wrong picture, or write the wrong book.” When people went after Maher, Michael Moore rushed to his defense, saying: “Those comedians like Bill Maher who are willing to take the risk of being the court jester–saying the things that the rest of us are often thinking (or wish we were thinking) but are afraid to say–should be supported, not silenced.” Moore wasn’t afraid to express some prejudice of his own when he added “Sure, I can make a daily list of all the horrible things so-called Christians still do in this country. Rarely, though, do their actions involve decapitation.”

At the time I wrote this post, which someone just brought to my attention. I love humor–the silly stuff (even knock-knock jokes) & political satire & this is a defense of humor that doesn’t mask social hatred.
***************

What’s not to love about Michael Moore’s defense of Bill Maher!? It’s a shabby little testament to stupidity & corruption & to the crisis of comedy in the service of oligarchy. They aren’t the first comedians to sing for their supper & they won’t be the last. No one says comedians need be social critics; you can be like Jerry Seinfeld & crack jokes about nothing. At least he’s funny. Or you can be like Andrew Dice Clay & Eddie Murphy & try to pass off social hatred as humor. Or you can be like Bill Cosby & Chris Rock & pander to racism so you get gigs in the bigger venues. Or you can just be tamed like Whoopie & Rosie O’Donnell & take up hosting banal talk shows. But if you’re going to pretend you’re a social critic like Lenny Bruce, Richard Pryor, or George Carlin, you can’t try to pawn off misanthropy, misogyny, & Islamophobia in its stead.

Moore flattered Maher for “speaking truth to power.” (When you lack thinking skills or you’re talking ragtime, you have to resort to cliches.) Both men operate as social critics within parameters–& very circumscribed ones indeed. So Moore can spout off about gun control & Maher can snarl on about religion. They can even express opposition to the war in Afghanistan & other government policies that don’t distinguish either one from millions of people around the world. Taking swipes at politicians is not speaking truth to power. Maher is an echo chamber for reactionary political forces & by no means breaks new ground in politics or wit. Or is someone going to argue his Islamophobia is different from that of Pamela Geller? Maher is a misanthrope who holds the human race in contempt & hates some more than others. His rancid hatred of Muslims is only matched by his hatred for women. When Moore defends this crap he only exposes his own political & moral bankruptcy.

Moore was really scraping dregs when he said, “Comedy is & should be a dangerous business. But in order to encourage them to take those chances, we have to give them some leeway, give them a break when, in our mind, they’ve crossed that line.” Oh really!? What kind of crap is that!? Unless you have a stunted sense of humor, Maher hasn’t been funny for a very long time, at least not since hate took over his psyche & buried what little wit he had in stinking manure. What kind of leeway are we being asked to give social hatred & stupidity? Anything goes if you couch it in a quip & have the canned laughter ready?

When does the comedy start? Laughter is one of the loveliest things about human beings & it’s universal. But laughter at the expense of those who are (to twisted minds) fat or homely or disabled or female or gay or politically demonized or anything else is not humor. It is anti-social hatred which does not recognize the beauty of human beings but instead preys on vulnerabilities & supposed flaws.

Some may say it’s hypocritical to skewer those in power (like politicians & the moochocracy) in attempts at political satire. Those many need to understand the function of power relations in humor. Maher & Moore both do. Which is why their humor is a sustained paean to the status quo & which is why neither is very funny anymore. Kissing ass & social hatred just ain’t that amusing.