I am truly sorry to post such graphic images but Assad apologists are confusing so many activists that the realities of Syrian and Russian carpet bombing must be presented to counter the lies. 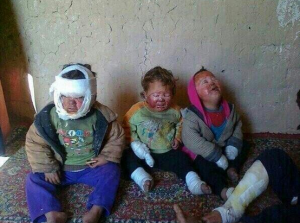 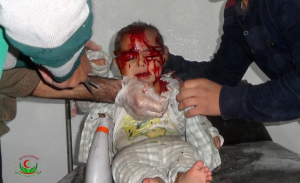 Those who support Syrian & Russian bombing of civilians have a psychological device–of course, for some it could also be a political manipulation–which allows them to ignore the carnage created by carpet bombing.

They feverishly post about Yemen, or about “jihadist” missiles striking civilians, or even about the DAPL pipeline struggle in North Dakota. It’s how they assure themselves or others that they are not entirely bereft of human compassion.

Yemen, west Aleppo, North Dakota are not isolated from the bombing in east Aleppo. They are of a piece with the rising violence & militarism in the barbaric phase of capitalism.

The children of Yemen, North Dakota, & Syria are not asking for your compassion so you can feel good about yourself. What is required is political solidarity.