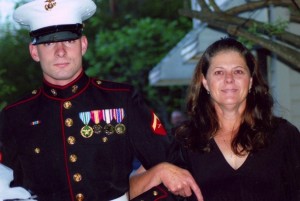 The trial in Texas of Eddie Ray Routh for the murder of American Sniper (more aptly called American Psycho) Chris Kyle & another guy gives a window into the psychosis that afflicts law, politics, militarism, war propaganda, & all of social life in the US. The ironies in the defense & prosecution of Routh are worthy of the Greek tragedians or Shakespeare but when the drama all shakes out, & if you can get past the burlesque, what remains is the criminal neglect of troubled veterans & the adulation of war criminals.

At the age of 25, Eddie Ray Routh shot to death Kyle & & another veteran Chad Littlefield at a shooting range in 2013. Routh served in the Iraq War from 2006 to 2010 & was deployed to Haiti in 2010. He was diagnosed with Post-Traumatic Stress Disorder (PTSD) in 2011. As his behavior spiraled out of control with homicidal threats & violence, drugs & booze, in & out of psychiatric wards, his mother Jodi Routh approached the media-feted Kyle for help–the last person on this earth she should have trusted with her seriously disturbed son. So Kyle took the guy under his wing because helping veterans was part of the schtick he created to make himself a hero in the public eye. What could possibly go wrong?

Kyle, heralded as “the deadliest sniper in American military history,” was a former bronco rider in the rodeo & a farm hand. He had no training in psychology, addiction, trauma, mental illness, PTSD, & he glorified murder. Since he was a thrill-killer, Kyle was never troubled by PTSD. On the contrary, his psychosis was rewarded big-time by media war mongering, including Clint Eastwood’s film, right-wing war mongers & talk shows, & military bloggers.

Apparently in pro-war veteran circles & among right-wing gun nuts, gun therapy is considered therapeutic. Shooting a gun, smelling gunpowder, hearing the crack of gunfire is alleged to trigger a therapeutic response in those suffering PTSD. That must explain why so many veterans are involved in homicidal, even mass murder incidents & why now 22 veterans a day commit suicide. They’re trying to relive the thrill of war. The VA can skip the counseling & meds & just hand them all AK-47s. That’s why Kyle & Littlefield took the deranged Routh to a gun range. Unfortunately he took out his therapy on them.

Defense lawyers claim Routh was psychotic at the time. Kyle’s phone conversations with his wife enroute to the gun range make clear that Kyle thought that too & if anybody would know psychotic, it would be Kyle. But much more damning is that the two cowboy therapists took Routh to a gun range when he was completely drunk. Now that’s nuts!

Prosecutors claim Routh knew what he was doing when he murdered the two guys. And the trial hinges on whether he could distinguish right from wrong. What happened to the PTSD diagnosis? Did his war-generated mental illness disappear sometime between the 2011 diagnosis & the 2013 murder? Was he all cured when he went to the gun range? Media & other war apologists parse the PTSD saying Routh never served in direct combat so it’s questionable he had it. Do you have to actually kill people to get PTSD in a war zone? And why didn’t Kyle have it when he excelled at mass murder? So many unanswered questions; so much baloney.

You knew it had to come up when the extreme right-wing is involved. Here’s where burlesque enters the story. On military blogs & goofball right-wing talk shows they’ve found a Routh link to Islam. They analyzed his facial hair & found it matches the profile of a convert. Examining his military record, they found Routh was a prison guard over “Muslim terrorists” at an airbase in Baghdad in 2007. They claim (without breaking a smirk), “He never served in battle, but spent most of his time looking & talking to Muslims in jail. He could have likely interacted with the inmates & got converted; prison has a higher conversion rate than any mosque.” As the analysis continues, he murdered Kyle & Littlefield because Kyle was a well-known Islamohobe. Whoever said satire was dead never met a right-ring talk show host in the US?

What this kangaroo court of a mentally ill veteran exposes is the vicious treatment & neglect of veterans by the US government who talk out of two sides of their ass about soldiers, lauding them as heroes at recruitment & parade time & then dumping them when they come back with mangled bodies & souls. In the Janus-face of US war propaganda, Routh is one face & Kyle is the other. Routh was chewed up by the war (likely from watching prisoners being tortured according to the CIA manual) & Kyle went on to become a celebrity for thrill-killing.

The only response to this at once tragedy & farce is to join the spring protests demanding US out of Afghanistan! US out of Iraq!