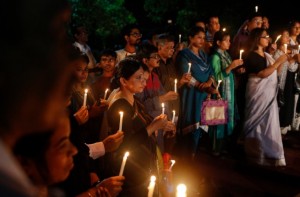 The differences in reaction to massacres in the US & most of Europe to those in Turkey, Bangladesh, Iraq, & Saudi Arabia are so egregious & speak so stridently to the racism & Islamophobia involved that the NY Times felt compelled to write an article about it titled “After Attacks on Muslims, Many Ask: Where Is the Outpouring?”

Where are the displays of grief & solidarity, the vigils & rallies, the social media profile photos & landmarks lit up with flags, the photo montages of victims?

The NYT article is not a masterpiece of dissemblance. It’s a pathetic hack job that offers provincialism as an excuse & doesn’t address racism or Islamophobic war-mongering which create not just indifference but hostility to the lives of Muslims, Arabs, & others. Most malignantly, the article manages to turn it back on Muslims for religious sectarianism & for allegedly producing ISIS.

It does this hack analysis under the guise of ecumenism, of pretending it gives a rat’s ass about the indifference of mostly white people to the massacres of brown & black people.

The article explains nothing, especially why Muslims would blow up other Muslims during Ramadan. What it does do is show how pernicious & sly racism & war-mongering can be.

Photo is Bangladeshi vigil on Sunday to honor the victims killed in the attack at the Holey Artisan Bakery in Dhaka.