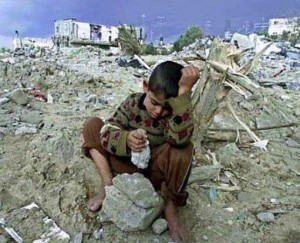 Cruising Zionist sites on Facebook is quite an education. You learn that Ben & Jerry’s ice cream has a plant in Israel; how many of your FB friends “like” Netanyahu; that actor Michael Douglas is born again to Judaism & a feted Zionist; a lot of Zionists are animal lovers but support ethnic cleansing of human beings in Gaza; the annual Zionist parade in NYC will exclude Jewish groups that support BDS & all entrants are required to “identify with Israel as a Jewish & democratic state & recognize Israel as the homeland of the Jewish people”; & that Israel hired a bunch of retired US generals to attest how laudatory Israeli efforts were to minimize civilian casualties during Operation Ethnic Cleansing last summer. They did this through phone calls & leaflets moments before they took out entire neighborhoods with “low impact bombs.”

Mostly what you learn is that Zionism has a deep strain of irrationality & paranoia. Understanding the social psychology of Zionism is no easy matter. One can understand paranoic anxiety in refugees from the holocaust–& even in their children & grandchildren. But how do you account for it in a guy like Douglas born to immense privilege who’s likely never experienced a moment of persecution in his entire life? Or in Christian Zionists who repeat this rubbish?

Some of that craziness is fed by the US Pentagon. Despite 50 days of carpet bombing & overwhelming photographic evidence of massive destruction in Gaza, the US Joint Chief of Staffs attested that Israel went to “extraordinary lengths to limit collateral damage & prevent civilian casualties in the Gaza conflict.” US military officials analyzed UN satellite photos during Operation Ethnic Cleansing & found that 72% of all bombed out areas in Gaza were “within two miles of the Israeli border.” The meaning of that statistic escapes reason however it should be pointed out that Gaza may be 25 miles long (41 kilometers) but it is only 3.7 to 7.5 miles wide (6 to 12 kilometers).

But bar none, the most crazy-assed Zionist claim of all is that Palestinians never existed. They’re a “fake creation ordered & constructed” by the Palestinian Grand Mufti of Jerusalem who opposed the establishment of a Jewish state in Palestine. The Palestinian people were “invented” from a “mass immigration from Egypt & Saudi Arabia with the purpose to commit jihad.” You can say this crap is from the lunatic wing of Zionism but it’s indistinguishable from the rantings of Israeli politicians.

This little boy in Gaza is real & the mountains of cement rubble behind him are real. If Zionists have to deny reality to make their case against irrefutable evidence, if the best they can do for defense is falsify history, then those who support Israel against Palestinian justice need to have their heads examined.