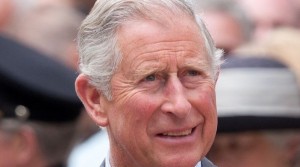 Those lauding or chastising Charlie Windsor’s decline of Netanyahu’s invitation to visit Israel are missing out on the last nearly 68 years of history & the political relationship between Israel & the UK. The two colonial powers remain on the best of terms & cooperation since Britain handed over Palestine to Zionist paramilitary forces for colonization.

The British moochocracy doesn’t refuse to go to Israel to show solidarity or express concern for Palestinian self-determination or take a stand against Israeli apartheid but only to avoid any unseemly uproars that would muss Betty or Charlie’s coifs & bring down criticism on them. They leave their dirty work to minions like Cameron & war criminal Tony Blair.

In 2008, Betty honorarily appointed Shimon Peres to the Most Distinguished Order of Saint Michael & Saint George, a British order of chivalry awarded to those “who hold high office or who render extraordinary or important non-military service in a foreign country.” Peres, who is a former Israeli president & prime minister is also a former paramilitary terrorist who later served as minister of defense & helped form the ruthless Israeli military.

Israeli officials reportedly bristle at the UK’s refusal to let Betty or other moochocrats visit but this should be taken no more seriously than Netanyahu’s snitty tensions with Obama. There’s no new strategic relationship here. Not as long as billions of dollars in aid & armaments keep flowing. And not as long as Israel, as a military fortress more than a nation, is pivotal to US-European hegemony in the Middle East.