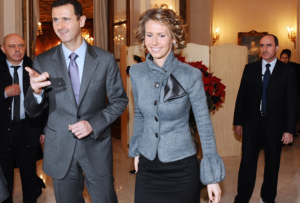 Why they’re almost as fashionable as the Obamas–the Barack Obama of six monstrous US wars. Justice in war & revolution is not based on what you wear or how classy you look in Paris but whether you stand for democracy & equality or for dictatorship & oppression.
Stop the Syrian, Russian, US bombing of civilians! All foreign military forces out of Syria now!