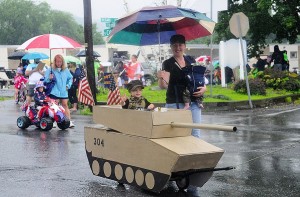 Everybody likes a holiday, especially the ones with picnics, parades, & firework displays. The 4th of July celebrations in the US are always an extravaganza par excellence. Fireworks don’t get bigger–even in cities where parks & libraries are closed down for lack of funds.

No one wants to cast a pall over celebrations of the American revolution against British tyranny because, believe it or not, it was one of the first revolutions against colonialism. But while the new Americans were fighting the British they were also exterminating the indigenous peoples in the most savage ways. So savage, that the US wars against the original Americans became a model, a matrix for other barbarisms, for other genocides, including Hitler & the colonial state of Israel.

We could try to put colonialism of the Indians aside for just one day & celebrate a victory over British colonialism–since after all, they had at that time a good share of the human race in shackles. But the US government has turned the day into a celebration of militarism, of triumphalism over millions of people. Just like the British in 1776.
July 4th doesn’t signify emancipation in Afghanistan or Iraq or any of the countries where the US military is stationed or bombing. It doesn’t signify the end of occupation or of war–or for that matter, the extermination of Native Americans. If you stand in solidarity with the victims of US militarism it’s really hard to join the parades here which are a spectacle of flag-waving patriotism & nationalism.

So those in the US who see people around the world as brothers & sisters, not as enemies, have a real hard time on the 4th of July. It’s not our day. It’s not our festival anymore. We prefer solidarity to militarism. Call us old-fashioned.

This is the 4th of July “Baby Parade” in Port Carbon, PA. The small boy is being indoctrinated into American triumphalism, not the spirit of 1776, by his parents who are pulling the cardboard tank.