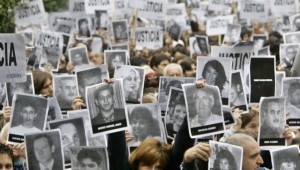 Media is filled with reports about the January 18th death of Alberto Nisman, an Argentine prosecutor scheduled to testify the following day to a congressional committee about the role of president Cristina Fernandez Kirschner & foreign minister Hector Timerman in covering up the role of Iran & Hezbollah in the 1994 bombing of a Jewish community center (AMIA). Nisman alleged the cover-up was brokered in exchange for favorable oil deals with Iran.

Throughout this story one has to keep in mind that 85 people were killed & 250 injured. Two years earlier, the Israeli embassy was bombed, killing 29 & injuring 242. After the AMIA bombing, Israel immediately sent teams of Mossad agents, IDF personnel, & a forensic team & Argentina’s intelligence service went on red alert, sealing up the borders against terrorists. After that initial info we need a squad of forensic detectives, legal eagles, & masters of espionage to figure out what the hell happened.

It’s almost impossible to find a coherent narrative of how the Argentine government mangled the investigation & prosecution of this crime. The government has been accused of incompetence but accusations of cover-up are much more likely. The mangling was so egregious that in 2005 then president Nestor Kirschner called the investigation a “national disgrace.” The confusion compounds with Zionist accounts competing with nut-job & antisemitic libertarian conspiracy theories. And unfortunately, it’s possible Nisman’s allegations are also dubious.

Early on, Argentina, Israel, & the US claimed Hezbollah executed the attack master-minded by Iran officials, though both of course denied it. Nisman, a federal prosecutor who worked on the investigation, formally accused Iran & Hezbollah in 2006 (during the term of Nestor Kirschner) & in January 2015 came up with a 300 page indictment against president Cristina Fernandez (widow of Nestor Kirschner) & foreign minister Hector Timerman, alleging the oil deal. That is what Nisman was scheduled to testify about when he died from a gunshot wound. What the current protests are about is suspicion that he did not commit suicide but was taken out to prevent his testifying. Not improbable at all.

The problem is that Nisman does not appear to be a disinterested party. Santiago O’Donnell, an Argentine journalist, alleges that Wikileaks documents show Nisman colluded with the US State Department to charge Iran & Hezbollah with the bombing. That, combined with the framework of Israel’s conflicts with both Iran & Hezbollah, gives serious cause for doubt about Nisman’s allegations. Israel & Zionist media are involved in whipping up protests in Argentina alleging Nisman was murdered. That does not make Nisman a Zionist stooge but colluding with the US does.

We’re not likely to learn the truth about who bombed the community center because vested interests have big stakes in controlling the evidence. But it should be said that while Iran & Hezbollah do not have a history of terrorist acts outside the Middle East, Mossad & the CIA do. That’s not an allegation but Nisman would have to explain the anomaly & the motive of Iran & Hezbollah bombing a community center in Buenos Aires.

Behind all this espionage, double-dealing, & treachery, there are those who died & were injured in the bombings. Whoever did it should be hunted down & prosecuted but regrettably that won’t be done under the corrupt regime of president Cristina Fernandez Kirschner. The death of Nisman should also be investigated & not by the Argentine government, which is tainted. Human rights groups in Argentina are calling for commissions independent of the regime to do just that because those who were murdered & their families have a right to justice & for the perpetrators to be held accountable.

The photo is from a 2006 protest in Buenos Aires marking the anniversary of the 1994 bombing & demanding justice. The photos are those who died & their images will haunt justice until it is delivered.