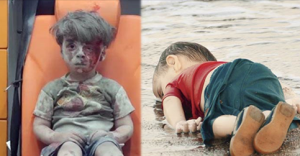 It isn’t overkill to post this article by Usman A Khan Tahir about the meaning of the “viral” reaction to little Omran Daqneesh. Syria is one of the most important issues in contemporary politics & what happens there will affect every country in the world, not just the Middle East. Its killing fields already have.

Contending forces, including those who support the Assad dictatorship & those who oppose it, are responding to the image of Omran quite differently. Those responses should be factored in when you try to understand what is going on in Syria & which side stands with justice. Will militarism & dictatorship prevail or will they be defeated?

This article helps clarify some of those issues.