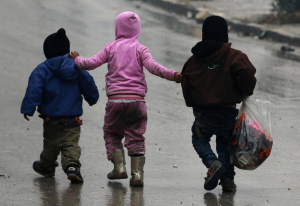 These little kids in east Aleppo are fleeing deeper into the remaining ‘rebel-held’ area of east Aleppo. They won’t know that at long last, & maybe too late for Aleppo, the forces of international solidarity are being roused.