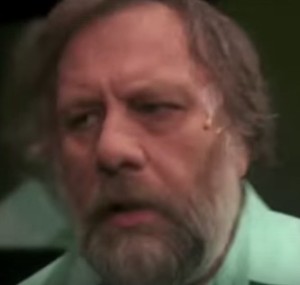 Call me a lowbrow product of US public education, but I’ve never understood the intellectual appeal of Slavoj Žižek, called “the Elvis of cultural theory, even though there are study seminars, international journals, & conferences explicating his ideas. I always thought him at his most cogent in his comparative analyses of European toilet styles. It’s just a quirk of mine to detest buffoonery mixed with serious studies. Or maybe he’s just too deep for me.

Now our man has written an article on the refugee crisis in Europe for the London Review of Books where he attempts to give a Marxist theoretical spin to xenophobia & authoritarianism. The whole piece is the intellectual version of Bernie Sanders. What fool it was said Stalinism was dead hadn’t read Žižek.

There are many grotesque statements in the article but this one certainly takes the cake:

“Refugees should be assured of their safety, but it should also be made clear to them that they must accept the destination allocated to them by European authorities, & that they will have to respect the laws & social norms of European states: no tolerance of religious, sexist or ethnic violence; no right to impose on others one’s own religion or way of life; respect for every individual’s freedom to abandon his or her communal customs, etc….Such rules privilege the Western European way of life, but that is the price to be paid for European hospitality. These rules should be clearly stated and enforced, by repressive measures – against foreign fundamentalists as well as against our own racists – where necessary.”

The entire article is an indictment of Žižek’s politics exposing him not as a fool but as a petty-minded nationalist, Islamophobe, & Stalinist. We should feel unburdened of any further need to explicate his thought. But then it’s another quirk of mine to detest social hatred parading as socialism.

(Photo is screen shot of Zizek)

For those who want to read the full article: http://www.lrb.co.uk/…/slavoj-z…/the-non-existence-of-norway