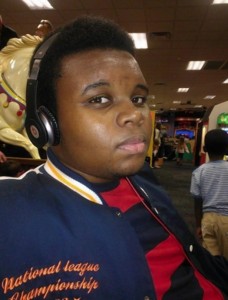 Michael Brown, the 18-year-old murdered by a cop on August 9th, is being laid to rest today. Our deepest sympathies to his family. May he RIP.

Justice however isn’t even close to being addressed & won’t be unless massive political pressure continues to support the Black community in Ferguson. The Missouri National Guard was withdrawn after the governor claimed the situation was “greatly improved with fewer incidents of outside agitators interfering with peaceful protesters & fewer acts of violence.” The governor claims the National Guard restored order but didn’t admit the unrest was set off by the murder of an unarmed young man & police assaults on the Bill of Rights.

US Attorney General Eric “Hapless” Holder has ordered a federal civil rights investigation into the shooting & a grand jury is hearing the case against the killer cop. Since Holder is still investigating the 2012 murder of Trayvon Martin, no one should hold out much hope for justice from those quarters. Holder said, “It’s going to take time for us to develop all the facts, develop all the evidence & see where the case will ultimately go.” Quite a contrast to how expeditious they can be when they’re going after alleged terrorists. They had 9/11 all wrapped up in a week.

As for those “outside agitators”, we have every right under the Bill of Rights to travel to Ferguson, Missouri to express our solidarity with the Black community. And we sincerely hope (Reverend, my ass!) Al Sharpton does not derail this important civil rights & Black power struggle into prayer meetings & the next election for a “lesser evil”. There’s no objection to praying except when it’s used to replace justice.