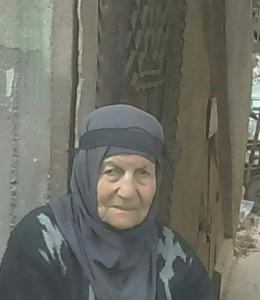 85-year-old Dhabiyah Abu Rashid was displaced from Haifa, Palestine by Zionist militias in the 1948 Naqba. She was killed by Syrian regime shelling of Yarmouk refugee camp on Friday. She was one of the elderly Palestinians unable to flee Syrian & Russian aerial & artillery bombardment. May she Rest In Peace.