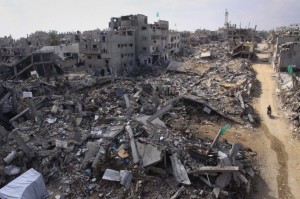 Sweden recently became the 135th UN member to recognize Palestine as an independent state. Soon after, Britain, Ireland, Spain followed with non-binding parliamentary resolutions “urging” their regimes to recognize a Palestinian state. France & the European Union have upcoming votes on the issue & apparently there are rustlings in the Portuguese parliament. This purely symbolic empty gesture is not worthy of a “hosanna”. Is the empty gesture now the standard for Palestinian justice?

Israel occupies the West Bank & East Jerusalem & has Gaza in the economic, political, & military chokehold of an embargo. It continues to move thousands of armed settlers into the West Bank, assault & arrest Palestinians who resist, & denies reconstruction to Gaza, now with no electricity & facing winter & major flooding. What about this spells independent? What about this looks like anything other than a bantustate? What about this doesn’t scream ethnic cleansing & apartheid? And how the hell would foreign countries “recognizing” Palestine alter this situation?

It’s a scam, a stalling tactic, a way for countries to continue doing diddly-squat about Israeli ethnic cleansing of Palestinians & look like heroes in the bargain. They have not lifted a finger to aid Palestinians or denounce Israel; many have military & other economic contracts with Israel. What about ending those contracts? What about demanding Israel stop moving settlers into the West Bank in violation of umpteen International Laws formulated by the UN? What about exposing the fraudulence of the Gaza reconstruction program? What about organizing massive international humanitarian relief to Gaza? Even some port-o-potties or pup tents? What about doing a damn thing other than the empty gesture?

Things are critical in Gaza & those who have the means should contribute to the relief organizations there. But the most effective solidarity is building the economic & cultural boycott of Israel, which could include fundraising for humanitarian aid. It also includes forums, speak-outs, rallies, education.

The struggle of Palestinians isn’t just a minor squabble that history will soon forget. It is one of the most important political struggles on planet Earth today involving all the essential questions of neoliberal plunder & colonialism. A defeat would reverberate around this globe to the disadvantage of the oppressed. A victory, which requires international solidarity, would herald the dawning of a new day for humanity. Because the most important thing Palestinians have taught humanity is to resist oppression & colonialism with relentless fury. As they have done for 66 years.

The only state worth fighting for is a democratic secular state where Palestinians & Jews can live in peace–which will require the dismantling of the Zionist state. It wouldn’t be the first time in history that a monstrosity bit the dust.

Our fullest solidarity with Palestinians.