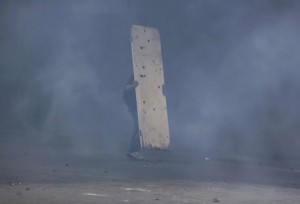 February 14th is the anniversary of the 2011 Bahraini uprising which has not ceased despite massive repression including police assaults on protesters with excessive tear gas & birdshot, massive incarceration of activists, torture, stripping activists of their citizenship & jailing them for life for failure “in their allegiance duties towards the kingdom.” Some activists have life sentences for participation in the 2011 uprising; one young woman is serving a three-year term for ripping up a picture of the king. Others have been jailed for posting “offensive tweets.”

Protest is now daily demanding the release of political prisoners, in particular opposition leader Sheikh Ali Salman arrested last December 28th accused of various offenses including inciting hatred, seeking regime change, & collaborating with foreign powers. In fact, Salman is a somewhat conservative political thinker who advocates constitutional monarchy in Bahrain & disagrees with more radical forces who demand the overthrow of feudal monarchy. He has spoken publicly & quite clearly that he wants reform of the regime, not its destruction. And even this is too much criticism for the regime to tolerate.

In international politics silence is consent & in another illustration of why most of the human race hates the US government, the Obama regime has not uttered even a peep of protest against the violent crackdown in Bahrain nor have they demanded the release of Salman & other political prisoners.

Britain has been less silent though not less malignant in response to the crackdown. In December 2014 they announced the opening of a new military base for aircraft carriers in Bahrain funded by Bahrain’s monarchy. The US has long maintained a base in Bahrain for the Fifth Fleet which plays a key role in the Iraq War.

Britain & the US have economic, military, & political stakes in the region & democracy & human rights are no part of the bargain because they represent a direct challenge to neoliberal domination of the region. Feudal monarchs & neoliberal oligarchs are now comrades-in-arms to defend tyranny. The historic irony is only apparent.

This is a protester shielding himself from tear gas & birdshot with an old door at one of the demonstrations going on now in several places in Bahrain. Our fullest solidarity with their struggle.