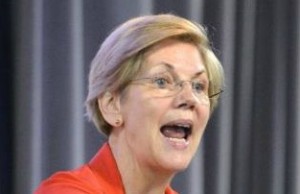 Several media sources are reporting that progressives & Sanders’ supporters are going all vituperative & hurling epithets like “sellout” at Elizabeth Warren after she endorsed Clinton. They say she’s dropping supporters like flies–at one point up to 20,000 a day.

Golly, you’d think she would have lost them two years ago when she defended Israeli carpet bombing in Gaza, when she had the monstrous temerity to say Israel had a right to bomb hospitals & schools because Hamas stored rocket launchers in them & used civilians as human shields. Then she voted more money for Israel to keep it up.

Apparently when some people weigh off which two-bit hustler becomes president of the US against the massive bombing of Palestinians, the former seems a more compelling matter.

You won’t make a political revolution with those kind of confusions.