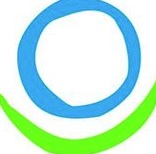 Call it the evangelist in me (though I prefer to call it the investigative feminist), but I’m beginning to see eugenics groups out & about more frequently on FB–masked as usual in the garb of humanitarian concern for young women & reproductive rights. I am also noting what appear to be links between sweatshop manufacturers & the eugenics movement; there have long been links between anti-immigration groups & the eugenics movement. Does it surprise anyone that many of the personnel involved are also Zionists & operate with all those hats?

This past week, I outed The Girl Effect. Today. I’m going after Population Connection Action Fund (PCAF) since I was presented with a Care2 petition initiated by them. Ostensibly, the petition is for good cause: advocating for abortion in US population control programs in El Salvador where abortion is illegal.

PCAF was founded in 1968 by Paul Ehrlich, Charles Remington, & some English cricketeer to promote zero population growth. In fact, that was it’s original name. Both Ehrlich (at Stanford) & Remington (at Yale) studied bugs & aren’t well-suited for the study of human beings since many of the alarmist predictions Ehrlich & his wife Anne made in their book “The Population Bomb” never came to pass–though there is considerable evidence of overpopulation among ants. Could it be he got his data mixed up? Until he croaked, Remington was also a leading figure in anti-immigration groups, as is Anne Ehrlich today.

The regrettable political fact is that while feminism is hibernating these days these eugenics groups are taking center stage. But signing on with their dishonest campaigns is no way to defend women’s reproductive rights. What’s that old adage about lying down with dirty dogs & getting up with fleas!? But fleas aren’t the worst of it.

It may appear one is separating wheat from chaff in signing petitions or supporting groups even though they are fronts for eugenics–since after all, they’re engaged in doing good deeds. One can live with fleas but not so much with knowing you lent your support to groups whose goal is the ethnic cleansing of black & brown people. Disassociation should not be too much to ask.