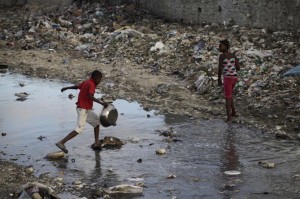 Feminist Majority (FM), the foundation behind Ms. Magazine, just announced its endorsement of Hillary Clinton for president. Using only hyperboles & outright lies about her actual achievements, they claimed their endorsement was based on her “stellar women’s rights & equality record, but also on her vision for the future.”

There is nothing surprising in a conservative group of Democratic women endorsing Clinton; it was a foregone conclusion that FM would do so given the political composition of the board of directors & the regrettable way they misuse feminism. Clinton’s gender wasn’t the determining factor in the choice but her stinking reactionary politics are because they accord with the politics of the FM board.

FM & its associates have led the monstrous campaign in support of the US-NATO war in Afghanistan under the guise of liberating women from the Taliban & the burqa by bombing the country into smithereens. Board member Dolores Huerta who founded the United Farmworkers accepted the 2011 Metal of Freedom award from Obama one month after his administration permanently barred the Department of Labor from pursuing safety & protective measures for children farmworkers. Board member Lorraine Sheinberg has political connections to & has been honored by the most reactionary Zionist organizations in the US; her husband Sidney is a key player in American Zionism. Eleanor Smeal who announced the decision for FM has always played a central role in yoking the women’s movement to the Democratic Party & counterposing electoralism to independent movement building.

Truth of the matter is Hillary Clinton hasn’t done squat for women’s rights nor for that matter children’s rights. The screeching testimony to that is Haiti. When US Secretary of State, she worked in league with her husband as Obama’s representatives to turn Haiti into a sweatshop haven for women & children workers. She collaborated with the Clinton Foundation in massive theft of contributions for personal enrichment. One could write volumes on the Clinton’s crimes against the people of Haiti.

All the millions the Clinton Foundation raised for Haiti relief & not a damn thing to show for it. Not even port-a-potties for people still homeless from the January 2010 hurricane. The Red Cross at least has six shacks to show for the millions they raised.

These kids are crossing a polluted canal in Port-au-Prince, Haiti where the Zika virus is being reported. The mosquito which spreads it thrives in rainwater, open sewers, garbage, polluted canals which abound in Haiti six years after the hurricane. Zika is apparently a relatively mild infection–unless you’re pregnant or your health is already compromised by homelessness, poor nutrition, stress, lack of medical care. Since the Clinton Foundation didn’t do a damn thing to address the cholera epidemic brought to Haiti by UN occupying troops, it’s unlikely it’ll do a damn thing to address Zika. But it should provide sufficient documentation that Hillary Clinton & her unsavory consort have never had the best interests of women & children at heart & even have a criminal relationship to them.

Enough with the lesser evil justifications! What about standing steadfast with the women & children not just of Haiti but of Afghanistan, Gaza, Iraq, Pakistan, Somalia, & US children farmworkers?