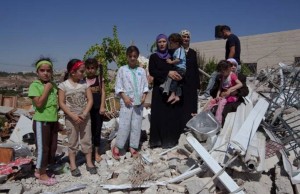 Recently, there has been a tsunami of backlash from politicians against the growing boycott of Israel (BDS)–trying to intimidate activists & make it illegal for companies to honor through divestment. A lot of the focus will be on universities to curtail student solidarity work since governments can exercise control over educational institutions through funding.

Just a cursory review of some of the actions: last year, Obama signed an anti-BDS bill into law; today the Canadian parliament passed a motion condemning BDS; the UK is trying to implement a law making it illegal to organize or participate in the boycott of Israel; France has already declared it illegal. There have also been many political battles on campuses in several countries to defend BDS activities.

Florida recently became the fifth US state to pass anti-BDS legislation, joining Tennessee, New York, Indiana, & Pennsylvania. Thirty-five other states are considering legislation to outlaw BDS & there are non-binding resolutions condemning BDS that have already passed or are pending.

These bills & resolutions are nothing to sniff at because they attempt to define BDS activities as anti-Semitic & as hate speech, & attempt to associate it with alleged targeting of Jewish & pro-Israel students on campuses–which they claim, without a shred of substantiation, is increasing dramatically. These laws also are a direct assault on the Bill of Rights, in particular the first amendment right to free speech.

It’s reported that rightwing pro-Israel Christian groups are instrumental in initiating anti-BDS legislation & that the campaign is well-funded & coordinated. For anyone familiar with the legal & legislative campaigns waged by the same political forces against reproductive rights for women, especially abortion rights, all sorts of red alerts go off. For decades those forces bombarded the courts & legislatures with lawsuits, bills & resolutions to truncate women’s access to birth control & abortion. The leading women’s organizations had been co-opted into the Democratic Party & relied on an electoral strategy (i.e., electing pro-choice candidates) so that nothing was done to defend women’s rights–except for three demonstrations in Washington, DC over the course of forty years that all drew close to a million people. In order to drive back the rightwing offensive, women’s organizations need to outdo them in consistent activity & relentless determination.

Even though many of the initiatives against abortion rights seemed farcical, the effectiveness of that rightwing strategy is more than proven–not because it is a brilliant political strategy but because the women’s movement did not/does not massively respond by calling out the big battalions to defend women’s rights.

Palestinian solidarity activists & civil libertarians cannot rely on the Bill of Rights to guarantee our right to build BDS. Palestine Legal, a US advocacy group that monitors attacks on BDS said “None of the bills…can or will take away your constitutionally-protected rights” because they are protected by the US Constitution. But without massive political pressure & public mobilization, those rights will be taken away, regardless of the Constitution. The Bill of Rights was in force during the McCarthy Era in the 1950s but it was completely disregarded. It is also not irrelevant that under the Obama administration, major inroads have been made against the Bill of Rights.

The political & international attacks on BDS speak to its effectiveness & power. Rather than be intimidated, we must be emboldened to fight harder & more steadfastly because while Israel & its allies step up attacks on BDS, they are also accelerating the ethnic cleansing of Palestinians. In this photo, Palestinians in the West Bank are watching Israeli bulldozers demolish their homes (last week). Every week, Israel demolishes 49 homes to provide room for Jewish settlers from all over Kingdom Come to move in & making hundreds of Palestinians homeless.