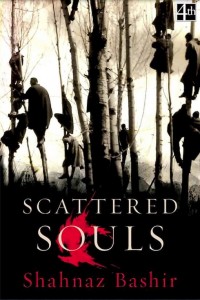 This unforgettable photo by Javaidd Naikoo was taken in early April at the funeral of Kashmiri activists Waseem Malla & Naseer Pandit who were killed by Indian troops in a shootout 55 km/34 miles from Srinagar. Those in the trees are trying to view the passing cortege/protest attended by over 70,000 people.

The photo is honored on the cover of this new literary book & is certainly worthy of photographic awards. Photography is a way of getting out the truth about the occupation of Kashmir because a photo can negate a thousand lies & make the political so personal.