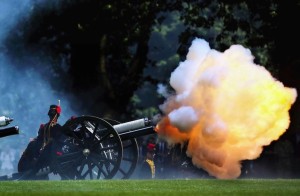 He does have a military record during WWII but it’s best not to ask much about it. In handling the searchlights & stoking the boilers on a battleship, he nearly brought down the the combined allied navy. He’s in the annals of naval history–& not in a good way.