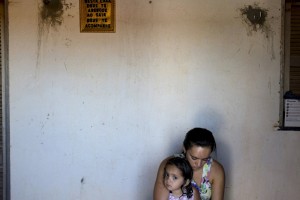 We should take a moment to honor the thousands of environmental activists, farmers, peasant leaders, journalists, indigenous peoples across this planet who have been murdered opposing land grabs & hazardous practices by multinational corporations for agribusiness, deforestation, extractive industries, gigantic feedlots, hydroelectric dams. They died from mass murder, bacteriological warfare, assassinations & assaults of all kinds by state militia or mercenary armies hired by the multinational enterprises. Thousands of others have been beaten, jailed, dispossessed, & driven into urban slums, homelessness, or forced to immigrate to other countries.

All the biggest multinational companies in the world operate in Brazil making it the world’s top exporter of sugar, orange juice, coffee, beef, poultry, soybeans & a leading exporter of corn, cocoa, cotton, tobacco, timber, & ethanol. Supermarkets are filled with Brazilian agricultural products which health-conscious consumers would be wise to boycott because Brazil attracts investment in agribusiness by playing fast & loose with pesticide protections. Four major pesticide manufacturers dump their herbicides, insecticides, & fungicides in Brazil after being banned in their own countries for health or environmental reasons.

One of the herbicides widely used in Brazil is paraquat, banned in the European Union & branded highly poisonous by the Centers for Disease Control because chronic exposure can cause lung & other respiratory damage, kidney & heart failure, skin disorders. A 2011 US National Institutes of Health study showed a link between paraquat use & Parkinson’s disease in farm workers.

An evaluation of 14 pesticides used in Brazil but banned elsewhere is now in its seventh year, stalled by lawsuits from manufacturers & opposition by politicians. It’s certainly not irrelevant that agribusiness interests were the second-largest source of campaign contributions to Brazilian President Dilma Rousseff & likely to a raft of other politicians. This would also explain why Brazil appears nearly every year in the list of murdered environmentalists since the 1980s.

This photo is Maria Lucinda Xavier & her daughter Marcia. Maria Lucinda’s husband, Jose Maria Filho, was a family farmer & anti-pesticide activist in Limoeiro do Norte, Brazil who was gunned down & shot 25 times on April 21st, 2010 while driving home on his motorbike.

Filho complained to local authorities about skin rashes & sick livestock & accused large landowners of excessive pesticide use. Not unlike the use of the herbicide & defoliant Agent Orange in the Vietnam War, crop dusters would inundate the landscape with toxic chemicals, including schools with children in attendance.
His environmental activism led to a scientific study proving the presence of 22 different pesticides in irrigation canals & household water. He also appeared at town council meetings & persuaded them to pass a ban on cropdusting over the opposition of big landowners. When they continued cropdusting despite the ban, Filho ignored their threats to gather photographic evidence of their violations. “He had a big mouth,” according to a local cattle rancher & former politician. A month after his murder the cropdusting ban was revoked.

After a two-year investigation, police charged a landowner with ordering the hit. He & three others were indicted but a state court–five years after his murder–is still weighing whether the case will go to trial. What are the odds his family will see justice against agribusiness? Slim to zilch.

Our condolences to Maria Lucinda Xavier & our deepest respect for the work her husband & thousands of other activists have done to make this planet habitable & our food supply free of contamination.