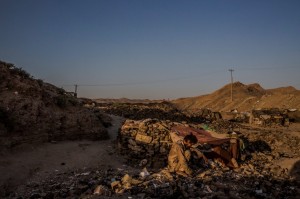 Emancipation US-style: Media has been reporting for several years about the growing drug addiction problem in Afghanistan–an opiate addiction problem that according to the UN doubled between 2005 & 2009 & was estimated in 2012 at 1.6 million men, women, & children. A few sources now cite over three million addicts based on a US study that addiction doubled again from 2012. Afghanistan has a population of 35 million people so 11 percent addiction indicates a massive social problem.

Media really outdoes itself in stupidity in coverage of drug addiction in Afghanistan. It’s now estimated that Afghanistan produces 90 percent of all opiate drugs in the world, but historically was not a major consumer. Opium production along with opium addiction have exponentially increased since the 2001 US-NATO occupation. According to the UN, Afghanistan produces nearly 400 tons of heroin & morphine annually with an export value of over $4 billion. How does that happen under the US occupation? Probably the same way that marijuana production has increased 35 percent in Mexico under the watchful eye of the Mexican military & US special forces.

Media talks about the $7 billion the US government claims it has spent since 2001 to stop opium cultivation in Afghanistan & convince growers to switch to “legitimate crops” like wheat. But they never investigate those images of US soldiers guarding opium fields or US aircraft loading it up for shipment to processing centers. Instead they blither on about the Taliban & other insurgent groups financing their operations from millions of dollars of opium cultivation. How does that work? How does the Taliban cultivate, transport, & cash in on opium production with US military forces everywhere & constant drone surveillance?

This is another case of when you follow the money, you find out who the criminals & drug traffickers are–& it isn’t just Afghan opium plantation owners but government officials, the US military, the CIA, international banks that launder the money, & the labyrinth of processing centers throughout the world. It should escape no one’s notice that military operations around the world facilitate drug trafficking & in no way obstruct it. We don’t have enough information to make accusations, but it is not unlikely that opiate addiction in Afghanistan was promoted & fostered & is not just a consequence of war trauma.

But then there is that: war trauma. Afghans have been put through hell for over 14 years by constant US-NATO bombing; by the destruction of their fields, schools, mosques, homes; by psychotic US special forces kidnapping, torturing, murdering, & dumping their family members in mass graves; by periodic massacres & war crimes involving bombing of hospitals & prisons; by CIA torture prisons; by seeing thousands blown up or losing limbs from land mines; by loss of family through death & as refugees to other countries. There wasn’t a single article that addressed the relationship of military occupation & war to opiate addiction.

The historical imperative remains: rebuild the international antiwar movement demanding “US out of Afghanistan!”