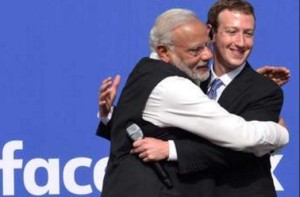 We’re coming up on July 8th to the one-year anniversary of the execution of the Kashmiri man whose name & image is censored on FB but whose funeral was attended by over 600,000 people. Many Kashmiri activists, including Syed Ali Geelani, & Indian & other supporters of Kashmiri self-determination were bounced by FB censors temporarily, repeatedly, & some permanently for mentioning his name or showing his photo. Many of them never regained their FB accounts.

The sole purpose of course, since Modi & Mark Zuckerberg are in an unholy alliance, is to censor the voices of the Kashmiri freedom struggle. If we had not obliged that censorship, Kashmiris would not have been able to report about the uprising & brutal repression by the Indian army that lasted from July through December. Their reporting during that period did more to expose the occupation than they were able to do previously in years of tireless work on social media.

It’s certain people will want to honor the man considered so dangerous that his name cannot be uttered nor his image shown but rather than risk being shut out of FB & Kashmiri voices silenced it may be better to show images of those who carry on the struggle. This is to respectfully request that his photo not be posted on my wall since I was bounced twice for quite a while for posting a tribute to him by Syed Ali Geelani; Mr. Geelani never got his account back. It isn’t a matter of cowardice or of disrespecting his memory because there are ways to honor him without provoking the Hindutva algorithms. Though his name & image are censored, we all know who it is we honor & want to protect the right of Kashmiris to continue using social media to educate & build solidarity with their monumental freedom struggle.

(Photo of Modi & Zuckerberg. That Modi is a hugger. And a butcher.)