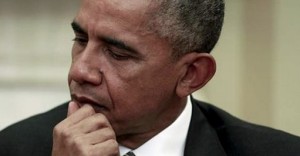 Obama–putting on his somber face rather than the toothy grin thing–apologized for bombing the hospital in Afghanistan. He can take that apology & stuff it where the sun don’t shine. You cannot apologize for the bombing of a hospital that went on for one & a-half hours. Fires from the bombing burned for hours, explaining why 24 staff & nine patients are still missing. As Doctors Without Borders/Médecins Sans Frontières (MSF) have made quite clear, it was a war crime because they repeatedly alerted the US it was a hospital. Exactly like Israel in Gaza.

Media is reporting it was a rare apology. Of course it is. The US negotiated & bullied Afghanistan for months into a bilateral security agreement exempting its personnel from prosecution for war crimes. The only reason Obama apologized for this war crime is because he got nailed by the authoritative MSF & couldn’t weasel his way out.

This bombing follows on revelations that between 2012-13, Green Beret operatives in Afghanistan tortured, disappeared, & murdered 17 Afghan civilians whose bodies were uncovered outside the US military base after the Green Berets were driven out of the area by protests against the murders. No apology has been forthcoming.

There was also no apology in 2012 when Robert Bales, a US soldier massacred 16 Afghan civilians; nor for the mass murder of 800 surrendered Taliban in 2001 when US bombers pummeled their prison for three days; nor for the mass murder of at least 1,500 surrendered Taliban prisoners suffocated to death in closed metal shipping containers & later dumped in mass graves; nor for Bagram, the infamous prison the CIA operates for purposes of torture. These are the best known incidents but barbarism is the nature of high-tech war.

There’s no apologizing for these crimes. They’re too monstrous, too unspeakable. Obama is made of the same moral sewage as Kissinger & Netanyahu. That’s why the most imperative need is to re-build the international antiwar movement, a movement that can organize war crime tribunals to hold these monsters accountable.

No US war in Afghanistan! No US war in Iraq! Demand the immediate, unconditional withdrawal of all US-NATO personnel including their mercenary forces. Out now!

(Photo of Obama should be a mug shot)