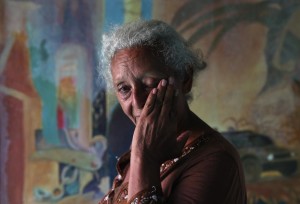 Who really knows at this point what will come out of Obama’s executive order tonight on immigration? A presidential executive order has the full force of law but can be challenged & struck down & this one certainly will be by the loud-mouthed Republicans acting out their part as bad guys in the shell game of two-party politics.

Obama’s order is not an amnesty like the US granted to about 3 million undocumented immigrants in 1986. It is also not “sweeping immigration reform” as it is being called in media. The Obama regime has set all-time records for the number of deportations & thousands of them are ruthless–grabbing people in workplace dragnets, holding them in substandard, crowded detention centers, busting up families, putting thousands of kids in foster care, & dumping people across the border

Under Obama’s sketchy proposal (& in immigration the devil really is hiding in the details), about 4.5 million of the estimated 12 million undocumented immigrants will be allowed to remain in the country temporarily without the threat of deportation. They will be allowed to legally work but the restriction is they were resident in the US for at least 5 years & their kids were born here.

The proposal appears to be basically the same offered a few years ago to the “dreamer” generation, that is, those who came here as young children with their parents. It’s now being extended to their parents–& the problems are the same. It’s temporary with no indication of just how long that is. Is it a couple years, a few decades, until reactionary congressmen get a court to strike it down, or until Obama’s term ends? You also have to register with the government so when that temporary provision runs out, immigration knows just where to pick you up.

This grieving woman is 61-year-old Blanca Lydia Valenzuela from Honduras. She is the face of US immigration policy. She is at a shelter for undocumented immigrants in Tenosique, a town in southern Mexico. She comes to Mexico twice a year to search for her son Manuel Hernandez Valenzuela who disappeared while crossing Mexico to the US in 2003. He had been working in New Orleans for three years but got deported back to Honduras.

Though it is now legal under Mexican law for immigrants from Central America to travel through the country, in fact Mexican police & military function as the southern flank of US immigration policy. They are certainly implicated in paramilitary & gang violence against immigrants which includes robbery, extortion, rape, assault, disappearance, murder, dismemberment, & burial in mass graves. Thousands have gone missing. Every year caravans of mothers from Central American countries tour with Mexican human rights groups hoping for a clue about where their children are. Senora Valenzuela will most likely never hear from her son again.

Immigration is a human right! Full amnesty for all! Open the borders!