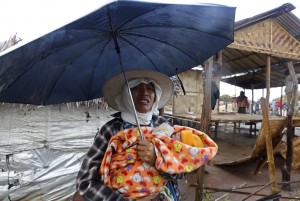 Under the military junta that ruled Myanmar from 1962 to 2011, forcible eviction of slum dwellers was frequently used to terrorize & break up the social cohesion of communities. But after the military (which continues to rule behind a flimsy facade of parliamentary democracy) joined economic forces with the IMF & World Bank, whole new dimensions of barbarism are being attained.

The paradoxical hallmark of the IMF/WB is at once the growth of slums through increased impoverishment of farmers & working people & the destruction of slums for purposes of gentrification & development. Development in IMF/WB terms means land grabs for multinational mining & agribusiness operations for an export economy; free trade zones & sweatshops; a tourist economy complete with resorts, swanky shopping malls, tourist accommodations.

The criminal enterprise between the Myanmar generals & IMF/WB is a showcase for the descent to barbarism under the scorched earth policies of neoliberalism in league with crony capitalism & militarism.

The 2011 transition to nominal civilian rule & political liberalization appears to be primarily a PR maneuver engineered to remove US & European sanctions against the regime for documented human rights crimes including child soldiers, child, forced, & slave labor, systematic use of sexual violence for social control & human trafficking, genocide against the Rohingya. Removing the image of a brutal, undemocratic state & ending sanctions opened the country to multinationals who poured into the country to compete with Chinese & Indian business enterprises. It’s not that the US & European regimes let genocide stand in the way of business & profiteering. Scruples over massive barbarism wasn’t the issue, but doing business without scrutiny or criticism from human rights activists.

Capitalism in Myanmar is a mess & that’s glaringly obvious if you read the accounts balances between the military, IMF, World Bank, & Asian Development Bank. The military junta is living high on billions in loans & deficits so they need foreign investment to bail them out–but at the expense of farmers & working people. The regime is mortgaged up to its eyeballs to the IMF/WB.

In all of this Aung San Suu Kyi has shamelessly & publicly stood with the military & neoliberal predation. On one occasion, in defense of a military land grab, she told dispossessed farmers & villagers, “I think we have to deprioritize our emotions & needs when it comes to the greater good.” The villagers booed & heckled her in no uncertain terms. They should have had her prosecuted for treason & felonious banality.

Not only have thousands of rural residents been forcibly removed & forced to relocate to urban slums but thousands of urban slum residents have been forcibly removed & their homes razed, leaving them homeless. The junta is targeting some of the outlying relatively undeveloped areas of Yangon (Rangoon) for development. Many, like Mingaladon (where the airport is located) lack basic municipal services like water, sanitation, & power.

This woman holding her 14-day-old infant weeps as her home is destroyed by government bulldozers in a Mingaladon slum. She is the face of military “liberalization” in Myanmar in league with the IMF, World Bank, & Asian Development Bank. It’s called barbarism.