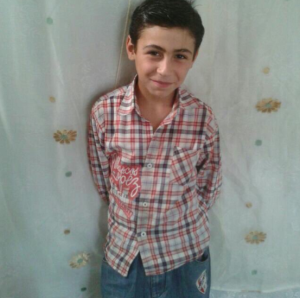 There seems to be more direct–or better to say more open–collaboration between Syrian, Russian, US, & Iranian forces in Syria, both with ground troops & airstrikes. Assad supporters report US airstrikes against a school near Raqqa that housed displaced families fleeing from fighting between ISIS fighters & coalition forces. But they criticize US intervention without reference to its military collaboration & coordination with Russia & Syria.
.
Reports are disjointed but CBS reported: “ISIS is known to position its fighters & supplies near to, & even in the same buildings as civilians, in an effort to deter airstrikes. Activists said ISIS militants were at the scene of the strike on the school Wednesday within minutes, ushering people away from the building.” So ISIS intentionally put civilians at risk & then rushed to save their lives? So US, Syrian, & Russian bombers strafe buildings with bombers which they know house civilians?

We can never let ourselves get detached from what these attacks on civilians mean, whatever the air force that dropped the bombs. This young boy, so shy & so beguiling in the way of kids that age, was a victim of the school bombing. He’s one of ours, not an ISIS or special forces psycho.

The condemnations in Syria must include Syrian, Russian, US bombing of civilians & ground troops terrorizing on land.

No bombing of civilians in Iraq or Syria by Syria, Russian, or US planes. All foreign military forces out now.

May these families & this young boy Rest In Peace & not forever damn us for the epic failure of international solidarity in supporting the revolution against Assad’s dictatorship.