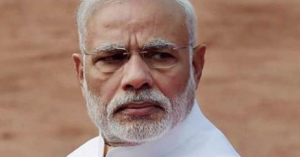 There’s no certainty yet about the identity of four gunmen who early Sunday stormed an Indian army installation in Uri, Kashmir with guns & grenades. They killed 17 soldiers, injured several others, & were themselves killed in the shootout.

Whether the gunmen turn out to be Pakistani operatives, suicide bombers, Kashmiri guerrillas, the Indian government will use it to increase military terrorism in Kashmir against unarmed protesters who had nothing to do with the incident.

If they’re looking for condemnations, for someone to blame, for who is ultimately responsible for the deaths of those soldiers & the grief of their families, they need look no further than Indian prime minister Narendra Modi who deploys 700,000 soldiers in Kashmir, has engaged in an over ten week assault on unarmed protesters using pellet guns, tear gas & sound grenades, live ammunition, & has unleashed drunken soldiers in orchestrated night raids, home invasions, beatings where many have been injured & some killed.

(Photo of Modi from Indian Express)